Given the current situation related to
covid 19, La Haute Flourie undertakes to apply the necessary safety and health measures, as well as the barrier measures against the virus, to welcome you as well as possible in our house.

Our walking ideas, tailor-made for your stay

The house is ideally situated for scouring the region ! 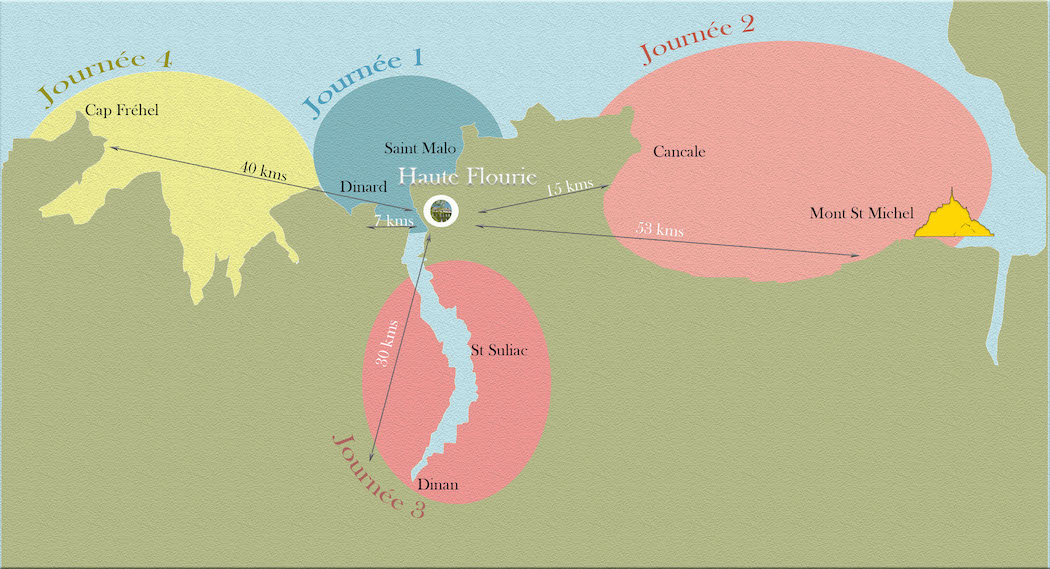 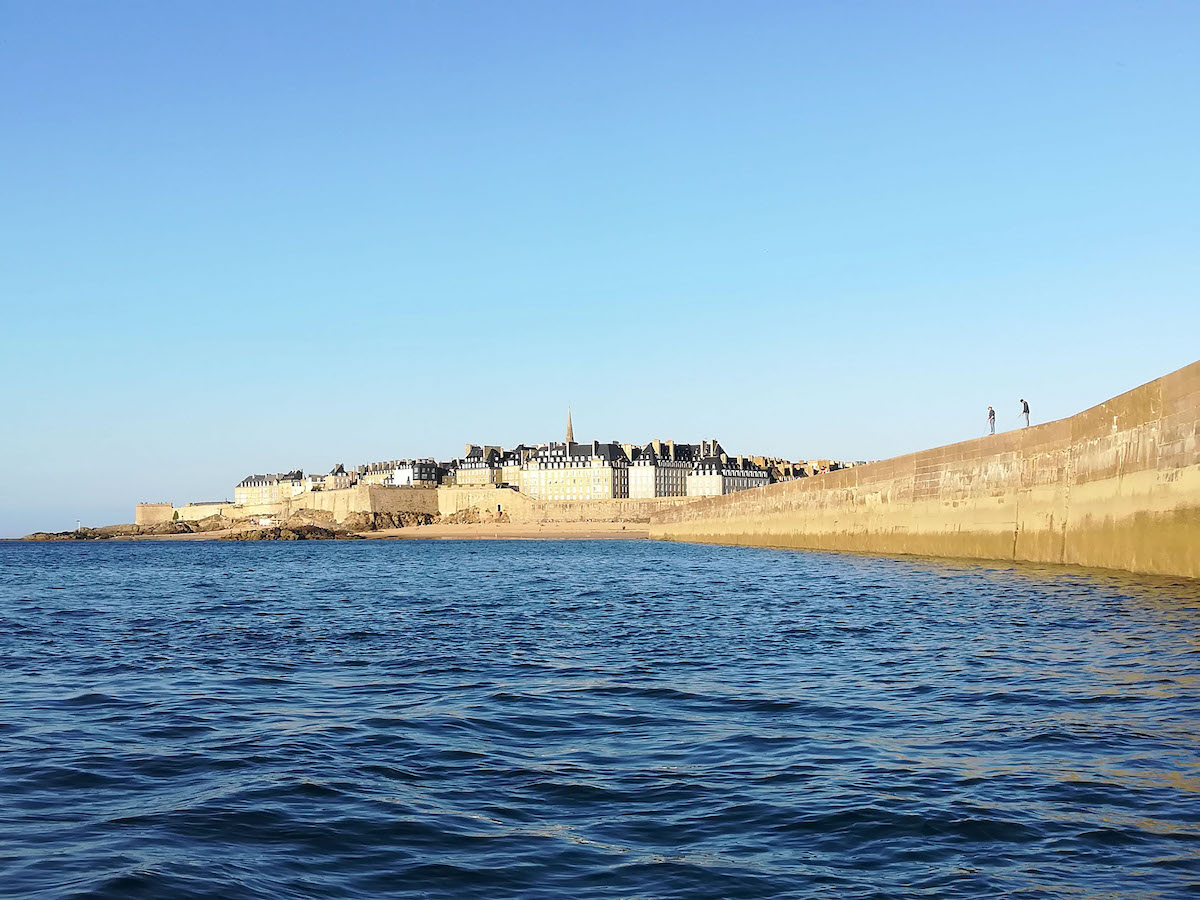 The Ville Bague : Malouinière, indoor and outdoor visits in the afternoon in season.

Dinard 7kms : You have two options to get there either by the Rance hydraulic Dam (which can be visited) or by the boat shuttle which leaves from St-Malo (you can put your bikes in). You will appreciate this seaside resort, its 407 famous villas, the moonlight walking, its Market place, its art galleries, the British film festival ... 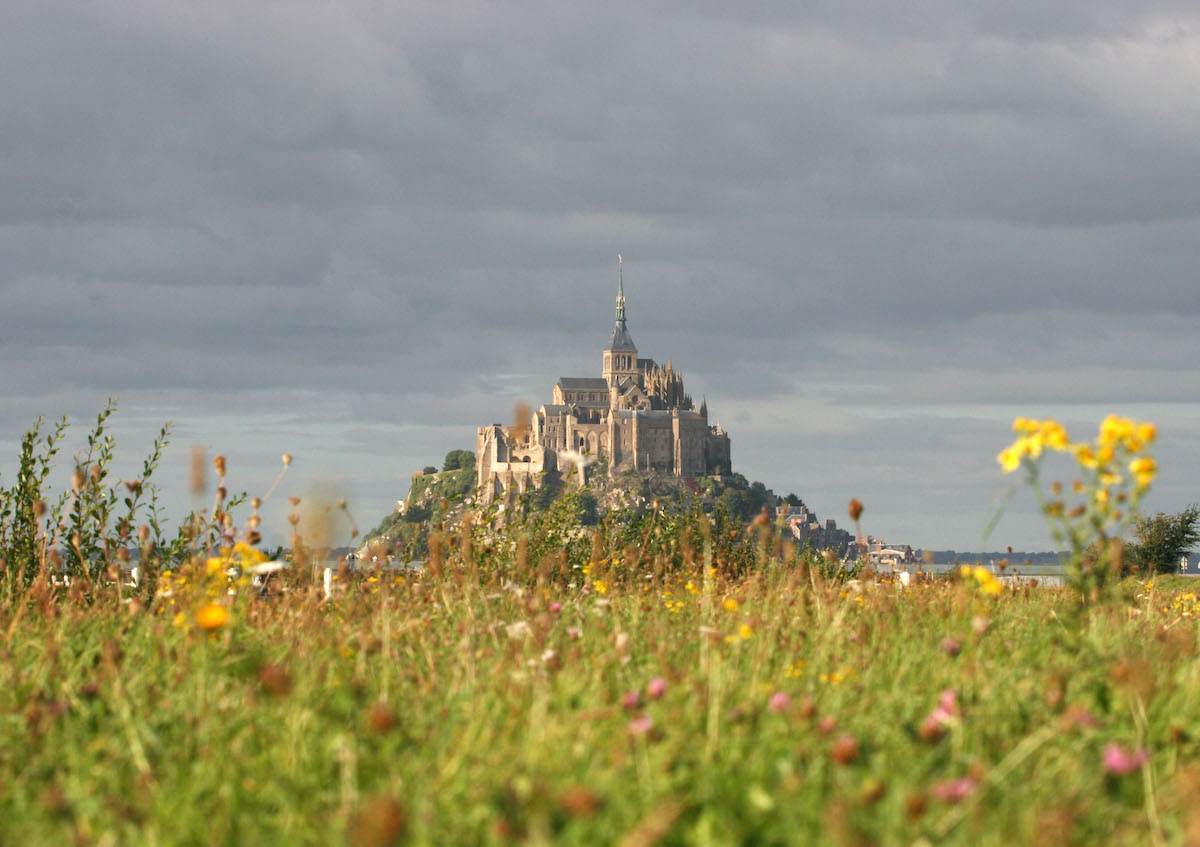 The Mont Saint-Michel (get there in the morning at 10 a.m. or at the end of the day at 5 p.m. to avoid the crowds, book your tickets online for the visit of the Abbey). We advise you to eat outside,between Cancale and the Mont or to Cancale.

Cancale : The port of la Houle for its restaurants, its oysters farm, the visit of the Ferme Marine, Jeanne Jugan's house, the walking trail 11kms, The Pointe du Grouin.

The beaches between Cancale and Saint-Malo : The Havre de Rothéneuf, The Chevrets, the bay of Guesclin, The Verger. 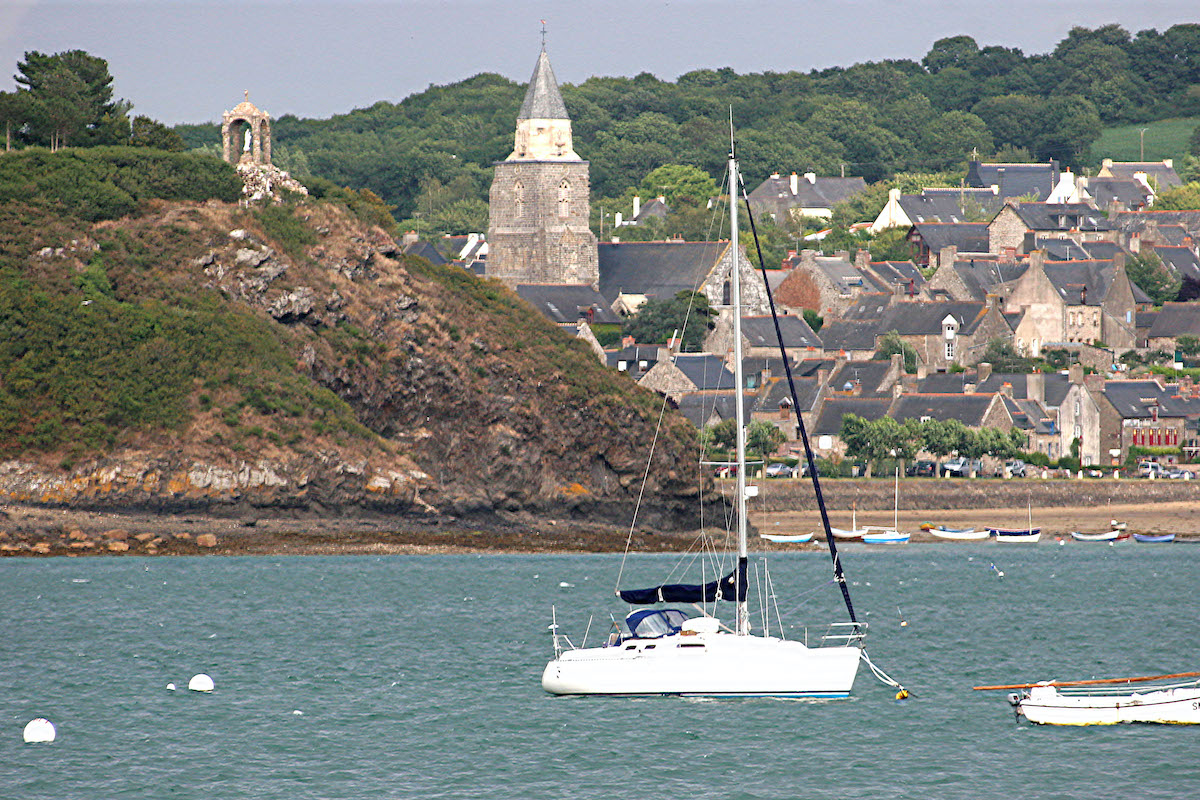 Day 3 : La Rance and its surroundings

Les Bords de Rance You can leave the house, you will follow the Rance, Point of Cancaval, the Passagère, boat cemetery, Point of the Roche du Port...

Saint-Suliac : one of the most beautiful villages in France, with its 10kms of hiking, you will discover the tide mill , the oratory of the Virgin Mary by Grainfollet built by sailors to thank for coming back from Newfoundland, the viewpoint of Mont Garrot, the vestiges of a viking camp and the menhir of Chablé. You will be charmed by its 13th and 14th church, one of the oldest in Brittany, its flowery streets and its small fishing port. 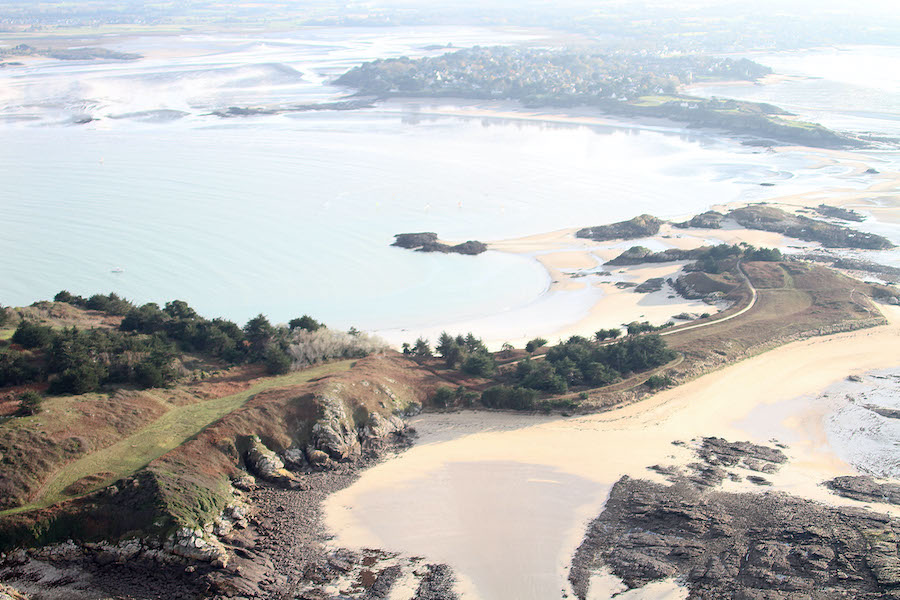 Day 4 : from Saint-Briac to Cap Fréhel

Saint-Lunaire (the beaches: La Fourberie, Longchamps ...) and Lancieux Bay. Without forgetting to follow the coastal paths (GR34) which run along the cliffs and the beaches.

Les Hébiens : 3.7 kms from Pointe du Chevet, this 20ha archipelago, extends the peninsula of Saint-Jacut-de-la-Mer, you can get there on foot at low tide, enjoy its beaches and paths, discover the Vauban tower and admire the coast.

Fort La Latte Built in the 14th century, a castle classified as a historic monument can be visited in season.

Le Cap Fréhel : Cape Town dominates the sea by more than 70 meters, the cliffs are home to an ornithological reserve. The view is magnificent on a clear day and the colors of gorse and heather moorland on the red of the earth are simply magnificent. the 103m lighthouse can be visited, hot calves! The GR along the cliffs will lead you to the castle of Fort Lalatte at 4.7 km.<

Boat trip with our friend Hervé, on a semi-rigid very safety, you will discover the coast of Saint-Malo and Dinard or the Rance. Etoile Marine, La Bisquine (Cancale) .